European Bank for Reconstruction and Development

The European Bank for Reconstruction and Development (EBRD) was established in 1991 to help build a new, post-Cold War era in Central and Eastern Europe. It has since expanded to other transition economies and gained unique international investor expertise in fostering economic change by investing more than €150 billion in a total of over 6000 projects. EBRD promotes democratic rule and market economy, sound commercial laws and strong institutions, all of which are integral to sustainable economic transition. Through Legal Transition Programme in the Office of the General Counsel, the Bank helps to create investor-friendly, transparent and predictable legal environments in the economies where we invest. The EBRD Legal Transition Programme works with reform-oriented governments and specialises in designing technical cooperation programmes to support regulatory reforms to sustainably transform local economies.

This is a past event. Registration is closed. View other Legal Transition Programme European Bank for Reconstruction and Development events.

Restructuring in the Covid-19 era: Where do businesses need support?

Join the European Bank for Reconstruction and Development (EBRD) on 8 September at 15:00 BST for a virtual discussion and launch of our new assessment on the state of business reorganisation frameworks across the regions where the EBRD invests.

The coronavirus pandemic has triggered a serious economic crisis in developed and emerging markets alike and severely impacted businesses across the world. What should governments be doing to help businesses to survive?

Our virtual discussion will explore the impact of the crisis on businesses in financial difficulties and present a new EBRD initiative aimed at helping national authorities identify what can be done to improve their current frameworks and introduce the longer-term reforms needed to help businesses to return to viability.

Please join us for a virtual discussion moderated by Katie Linsell, Reporter at Bloomberg News, and featuring:

The webinar marks the launch of a new project by the EBRD to assess the extensiveness and effectiveness of business reorganisation frameworks across all 38 economies where we invest. For further details, please see ebrd-restructuring.com​.

This event is part of a series of webinars hosted by the EBRD's Legal Transition Team. The panel discussions address the business restructuring in the time of COVID-19 and highlight the key areas where support and further reforms are needed. The webinars also explore the regional perspectives on business restructuring tools and the latest international trends in the field. 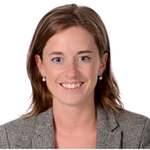 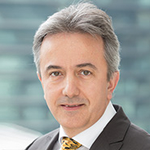 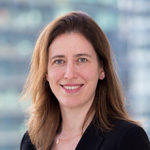 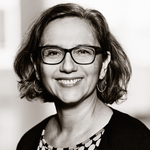 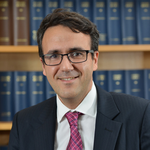 Katie Linsell is a credit reporter and editor in London covering stressed and distressed corporate situations, credit derivatives and the impact of technology on issuing and trading debt. Katie has been with Bloomberg since 2011, including a two-year stint in the Madrid bureau where she focused on high-profile Spanish restructurings including renewable energy company Abengoa and gaming company Codere.

Francis Malige is the Managing Director, Financial Institutions for the EBRD. He leads the Bank’s investments in the financial sector, including banks as well as insurance companies, non-bank financial institutions and capital market infrastructure companies, across three continents. He took up his role in August 2018. From 2014 to 2018, he served as Managing Director, Eastern Europe and the Caucasus, leading the Bank’s operations and policy initiatives in Ukraine, Belarus, Moldova, Armenia, Azerbaijan and Georgia. In Ukraine, he led the EBRD through the difficult post-revolution period, to develop a number of initiatives blending investment and policy impact, including the Ukraine Reforms Architecture

A French national, Mr Malige joined the EBRD in February 2010 as a Director in the Financial Institutions team, where he successfully developed the Bank’s business in the Western Balkans, Eastern Europe, Turkey and, later, the Southern and Eastern Mediterranean. Before joining the EBRD, he was Managing Director for Corporate Development at BNP Paribas, focusing on bank acquisitions. His earlier career was in accounting and consulting at Arthur Andersen and McKinsey & Company, where he served clients in industry, high tech and construction, as well as financial services.

Mr Malige is a graduate of ESCP Europe, a French business school. In addition to his native French, he is fluent in German, Italian and English.

Catherine Bridge Zoller is a Senior Counsel for restructuring and insolvency in the EBRD's Legal Transition Team, which aims to promote an investor-friendly, transparent and predictable legal environment in the EBRD countries of operations. Since joining the Bank in 2012, Catherine has led a number of EBRD projects spanning from insolvency law reform to institutional and regulatory capacity building. She has also helped develop strategies for non-performing loan resolution in Central, Eastern and South-Eastern Europe (CESEE) both as part of the Vienna Initiative 2 platform and outside the CEE in countries such as Mongolia, Turkey and Ukraine.

Prior to joining the Bank, Catherine was a senior associate in the Restructuring and Insolvency department of Clifford Chance LLP and worked in the firm's London, Milan and Munich offices and was seconded to Dubai, where she contributed to reform of the United Arab Emirates Bankruptcy Law.

A UK and Canadian national, Catherine is a qualified solicitor in England & Wales and a graduate of Oxford University. She is fluent in French, German and Italian.

Piya has many years’ experience in formal insolvency proceedings as trustee of companies in bankruptcy and as court appointed liquidator of companies in compulsory dissolution. She is one of the 17 official trustees appointed by the Bankruptcy Division of the Danish Maritime and Commercial Court.

Rodrigo Olivares-Caminal is a Professor in Banking and Finance Law at the Centre for Commercial Law Studies (CCLS) at Queen Mary University of London. Prior to joining CCLS he was a Senior Lecturer in Financial Law and the Academic Director at the Centre for Financial and Management Studies (SOAS), University of London and the School of Law, University of Warwick. He taught in undergraduate and postgraduate courses in various Schools of Law and Business Schools in the United Kingdom, Spain, Greece, France and Argentina as well as in professional training courses in Africa, Asia and Europe.

He has acted as a Sovereign Debt Expert for the United Nations Conference on Trade and Development (UNCTAD), Senior Insolvency Expert for the World Bank / IFC and as a consultant to several multilateral institutions in Washington DC and Europe, Central Banks and Sovereign States as well as in several international transactions with Law Firms.

He specialises in international finance and insolvency law.

He is the author/editor of seven books and has extensively published in peer-reviewed journals. He sits in the editorial/advisory board of several law journals in the UK and US and is a member of national and international institutions and associations specialised in comparative commercial and insolvency law.

Connect with 311 people attending this event 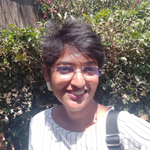 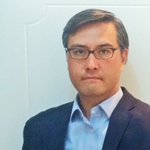 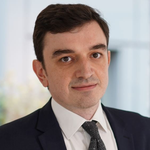 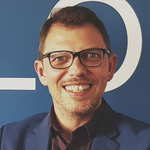 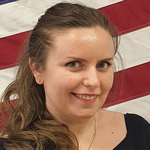 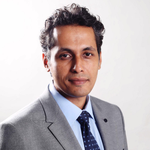